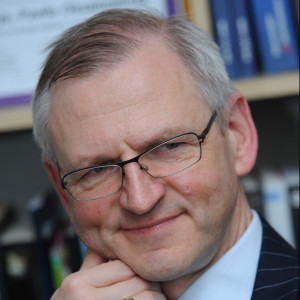 Economist, Independent Member of Supervisory Board

Mariusz C. Grendowicz was, until September 2014, the CEO of Polish Investments for Development, the newly-founded Polish infrastructure sovereign wealth fund. A banker of over 30 years, Mr Grendowicz started his international banking career in 1983, when he joined Grindlays Bank in London. In 1991 – 1992 he worked at Citibank in London, following which he joined ING Bank, at which he held senior managerial positions in Poland (1992 – 1995) and in Hungary (Deputy CEO, 1995 – 1997). From 1997 until 2001, he was the Deputy CEO, and later the CEO, of ABN AMRO in Poland. From 2001 until the end of 2006, as the Deputy CEO of Bank BPH, the then third largest bank in Poland, he headed the bank’s Corporate and Real Estate Finance Division. From early 2008 until late 2010, he was the President and CEO of BRE Bank, the third largest bank in Poland. Former board member of Polish Banking Union and president of Polish Banking and Financial Institutions’ Private Employers’ Association “Lewiatan”. An independent director, sitting on a number of company boards, the Polish Aviva subsidiaries, Getin Noble Bank, Private Equity Managers, MCI, ATM, Arctic Paper and Globe Trade Center among them, Chairman of the Foundation Council of WWF Poland. Mr Grendowicz read economics at the University of Gdansk and qualified as an Associate of the Chartered Institute of Bankers in the UK.